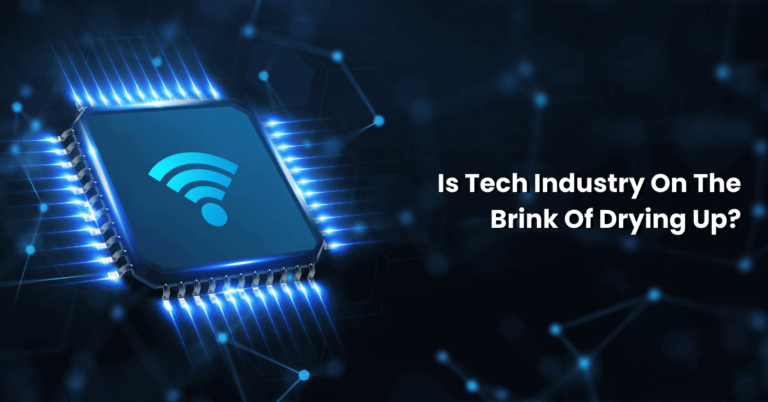 Is Tech Industry on the Brink of Drying Up?

Tech Industry Needs to Give Attention to Taiwan’s Drought

The majority of the high-tech microchips in the world are developed by the microchip industry in Taiwan. If the industry is disrupted just a little bit it can produce a drastic impact on the supply of these technological products around the globe. It can create a shortage of semiconductors and cause a disaster in the economy.

Taiwan’s Drought and Production of Microchips

The Shortage is More than a Spell of Dry Weather

Taiwan has the biggest microchip producer TSMC which produces 50% of the microchips in the world. The company can produce nanometer chips that are used by the brands QUALCOMM, Huawei, etc. The chips require a complex environment for their products and may take up to six months for their production.

During a period of one year, the company uses a lot of water (150,000 metric tons). The country has a lot of rainfall; therefore it meets the huge demand of the microchip industry. However, recently the rainfall situation in the country has not been that supportive. The country only received 40% of the usual rainfall.

According to research, the water problems are not going to end soon in the country. The country’s wet season is becoming shorter which is a result of global climate change. The changes have made Taiwan’s weather dry and worse. To keep its position as the top semiconductor producer the government has planned to transport water from wetter parts of the island to the plant.

The two main sources of water for the Science Park are the Tsengwen reserve and Nanhua reserve. They have 6% and 11% of the water capacity which expresses the seriousness of the position. The government has even taken extreme measures like stopping irrigation and farming, but it has produced a little impact on controlling the water levels in the country.

Due to this situation, the production of semiconductors will certainly decrease in the country. The government is constantly assuring the company that production will not be affected, but it is very difficult to believe that. These measures may control the issue to some extent, but some sustainable actions are required to keep the semiconductor market profitable.

Drought is not the only issue faced by the semiconductor industry in Taiwan. However, in the past few years, the industry has also faced a shortage of engineers that have expertise in manufacturing chips. China is taking significant steps to become the market leader. In this regard attracting engineers through high packages is one of the steps that Chinese companies are taking.

The issue has become so intense that Chinese job posts have been removed from the online job portals in Taiwan. If a new competitor enters the market it will provide substantial benefits to the consumers. China has not obtained the position of a competitor because of the lack of proper access to technological equipment.

China’s largest semiconductor producer is unable to achieve the top position in the world as it is unable to get top-notch technological equipment. Lithography equipment-producing Dutch company is facing a lot of pressure to reduce business with China. Setting up production lines is another barrier that takes a lot of time.

The problem needs to be given a lot more attention than it is getting as many industries like Tech and automotive are strongly linked with the semiconductor shortage. The supply of semiconductors if reduced drastically can substantially cause a disaster for the automobile industry.

Many tech companies like Nintendo and Apple are focusing on following time-saving production procedures. As the issue of drought cannot be solved directly, it is more effective to use methods that can improve the process of recycling water. These measures may control the situation to some extent, but some sustainable actions are required in the long run to keep the semiconductor market profitable.

Get In Touch With Us Today. Our team At One Union Solutions will gladly be of assistance

One Union Solutions All Rights Reserved